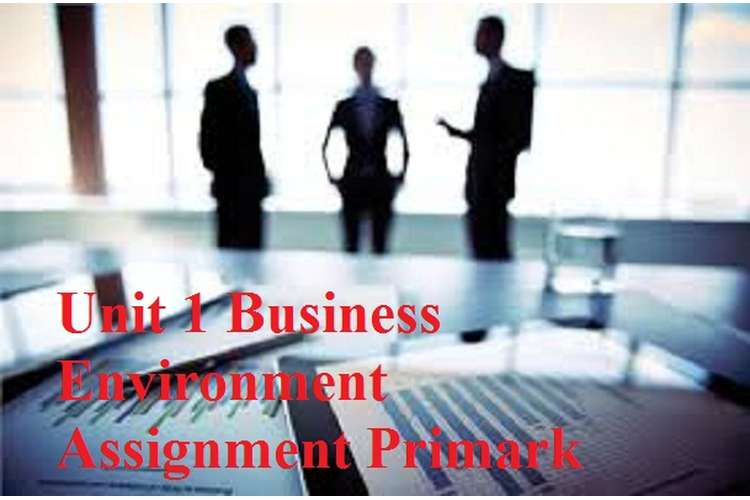 1.1 Identify the purposes of different types of organisation.

This case is about a private limited company known as, Primark. Primark is a retailer company that serves its customers by acting as the mediator between the manufacturer and the customers.
Purpose: Primark is a retailer in fashion business that does not produces the products with themselves but depends on manufacturers for that. The core values of the company believe in ethical framework of the business. These core values are

These ethical practices by the company defines it pure objectives. Corporate Social Responsibility is the area of work that has also been focussed by the company. (Aras and Crowther, 2011)

1.2 Describe the extent to which Primark meets the objectives of its different stakeholders. 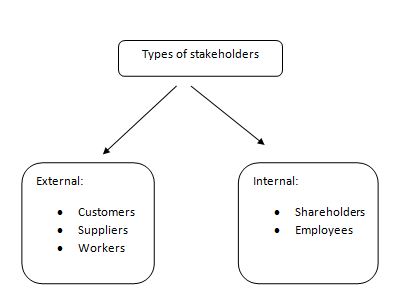 Stakeholder’s objectives that needs to be met:

1.3 Explain the responsibilities of Primark as an organisation and the strategies employed to meet them.

There major types of responsibilities are: 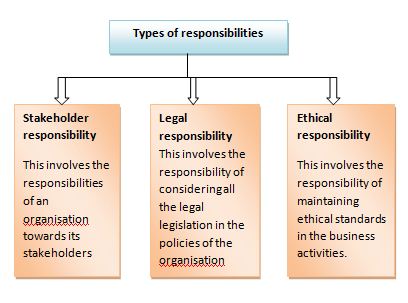 Primark is the company that sticks to its values and beliefs in order to be responsible. The first strategy of Primark to be responsible towards its employees is determined by its values. The value of the company suggests providing fair and equal treatment to all the employees. Another strategy of the company is to be ethical in practices and behaviour. The company is engaged with many CSR activities in order to fulfil their responsibilities towards the society. The HER project of the company focuses on educating the women workers of the company about the important of maintenance of health and hygiene. This education can be transferred to the families of these workers and in turn benefits the society. (Businesscasestudies.co.uk, 2016)

2.1 Different countries operate different economic systems to attempt to allocate resources effectively. Research and explain the type of system operated in the following countries and reasons why you think they follow these

Free market is the economic system that supports the deals between the customers and the producer without any interference of the government. The factor that only affects the deals would be demand and supply of the product. In this case, all the resources are controlled by the private organisations. It has been identified that 70% of the GDP of China is due to the contribution of the private owned companies. (Liu, 2009) The market of China is not very free but it is moving towards it and that is why it is said to be under transitional economic system that is moving from command to free economy.

2.2 In the UK the Chancellor of the Exchequer and the Bank of England plays a significant role in regulating the economy.   The tools used by them are referred to as Fiscal and Monetary policies respectively.

Impact of these policies on businesses:

Expansion of the fiscal policy means fewer intakes of the taxes by the government than the spending by the same. This affects the businesses like farming in positive way. as the government spending increases, it leads to reduction of tax rates and higher income of the people. It also helps in increasing the profit after tax of farming business.
As far as the monetary policy is concerned, relaxation in the policy reduces the interest rates and increases the liquidity of the money in market. Low interest rates results in easier credit facilities to the farmers as most of the corporate banks also reduces their interest rates. Easy availability of loans facilitates the farmers to invest more in business. (Morgan, 2005)

Contraction in the fiscal policy by the government results in increase tax rates and low government spending. This somehow affect the housing purchasing power of the people and affect the housing industry in negative way. Increase in interest rates results in tightening of monetary policy in the country. This leads to decrease in money flow in the market and makes it difficult for the people to take mortgage loans. Since, the housing industry depends on mortgage loans, as buyers cannot afford to pay such big amount without taking loans. Increase in interest rates indirectly reduces the housing business.

2.3 Evaluate the impact of competition policy and other regulatory mechanisms on the activities of a selected organization.

Other main regulators are:

The industry that is facing monopoly in UK is the industry of supermarket. It has been observed that few of the firms like Tesco, ASDA and Sainsbury were dominating the industry. This monopoly was restricted by OFT decision of stopping Tesco from purchasing Safeway. This practice supported so many small retailers like Aldi and Lidl to raise their businesses in the industry.

3.1 Explain how pricing and output decisions of businesses is determined in the following market structures.

3.2 Illustrate the way in which market forces (demand and supply) shape organisational responses using a range of examples.

Supply: Supply is the amount of product or services that a producer is willing to sell in the market. It is related to the willingness, and ability of the producer as well as some of the other factors like production rate, logistics etc. As far as the law of supply is concerned, it argues about the relationship between supply and demand as well as about the relationship between supply and price.
Supply curve:It is the curve that identifies the change in supply with the change in price and quantity of the product. 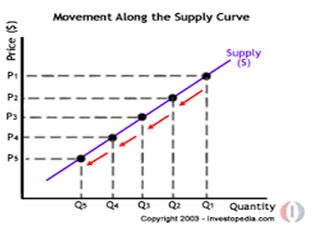 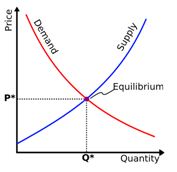 Schedule states the price, demand and supply of coca cola.

The above diagram has been made following the schedule. It states that as the price of coca cola rises, it leads to decrease in the demand of the product. It has been observed that price and supply have similar increase.
This curve suggests the relationship between the supply and the demand of the product. It is identified that both are in inverse relationship with each other. The equilibrium is the state where company earns the maximum profits as the demand and supply complements each other at this point. (Cherunilam, 2010)

Demand:Demand is the willingness of the people to buy the product. It is the amount of product that is required by the buyers in the market. Demand of the product can be varied by many factors. Some of the factors are:

Demand curve:It is the curve that shoes the relationship between the demand and the price of the product.

1.3Judge how the business and cultural environments shape the behaviour of a selected organisation.

Business environment of the organisation consists of many factors.

This can be explained by studying the effect of the environment on the organisation like Marks and Spencer’s. The company is chosen because it serves the customers in UK as well as in whole of the world. It is a retailer organisation that has its businesses in food and clothing. As far as the political condition of UK is considered, it is very stable and hence supports the businesses like M&S to grow. EU legislations also have some of the effects as UK falls under European Union. It facilitates the company to trade freely between the countries that are the part of EU. Economical condition of the country is also stable and people have very high purchasing power. This also affects the company in positive way. M&S is the company that generally absorbs the new technologies. As the competitors like Tesco and ASDA came up with the online business, M&S also started the business online. This suggests that technological advancement in the environment affect the company business and behaviour pattern. (Corporate.marksandspencer.com, 2016)
Cultural factors or environment also plays a very important role in affecting the behaviour of the business. Cultural factors involve:

M&S is the company that have changed its collection of clothing from formal to designer just for the sake of the cultural changes among the customers. As there was a change in the need of the customer, company behaves accordingly.

4.1 Discuss the significance of international trade to UK business organizations.

4.2 Analyze the impact of global factors on UK business organisations

The global factors are those factors that are related to the changes in the world environment that affects the business. Many UK based companies are functioning outside the country and have international trade relations with foreign countries. Any change in the policies business and business environment of the countries has great impact on the functioning of many of the multinational firms of UK.

It has been observed that large number of imports and less number of exports in UK affects the businesses and the economy of the country in negative way. This issue is because of the competitive advantage of China and India having low labour cost. The import from these two countries suppressing the international trade benefits of UK businesses. (Morgan, 2005)

4.3 Evaluate the impact of policies of the European Union on UK business organisations

European unions involve 28 countries in the union along with UK. It is the union having legislations that is same for all the countries that are the part of this union. This facilitates these countries to trade freely among themselves. The policies of this legislation have great impact on UK businesses either in negative or positive way. They need to transect the currency in Euro by contacting European money union before trading with any other country of EU. There are no trade barriers between these 28 countries. Various policies affect the UK business and somehow lead to BREXIT. (Peng, 2009)

Some of the policies of EU legislations supported the UK businesses while some were restricting their growth. This is the reason most of the people have voted for BREXIT. BREXIT is the term made from two words. These words are Britain and Exit. It refers to the withdrawal of UK from the European Union.

Business environment is very important subject to be understood in order to adapt the changes and taking many business decisions. It is not the national but international environment of business also affect the functioning and behaviour of the companies in UK. International trade is a very important factor to enhance the businesses of the UK organisations. This is because most of the multinational companies depend on import and export relationships. Many global factors also affect the functioning of the businesses. UK is the part of EU, thus all the policies of EU should be followed by the UK businesses. Some of the EU policies affect the UK businesses in positive way while other became the reason for BREXIT.