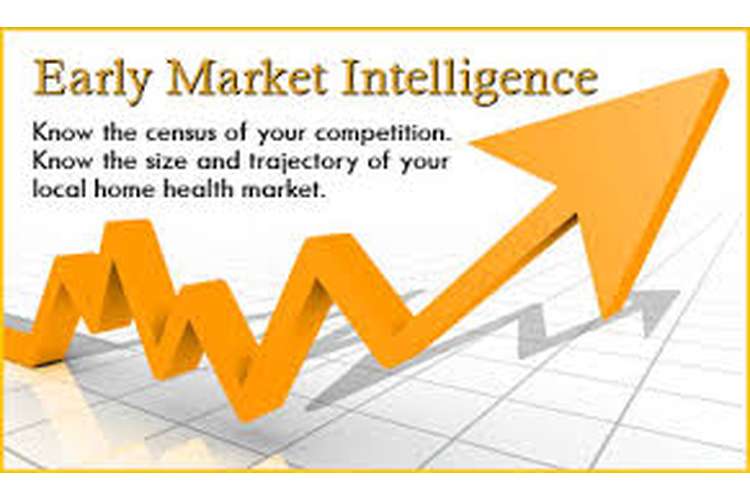 Marketing intelligence assignment study, on the back of an extensive research concentrates on the concept of Marketing Intelligence. The entire study can be divided into three segments. The first one mainly concentrates on the fundamentals and nature of the consumer buying behaviour where the main stages and theories of buyer behaviour have been discussed.  The second segment is based upon a scenario of that of the supermarket giant ‘Sainsbury’. Secondary sources of data have been used in order determine the customer satisfaction levels of the customers of Sainsbury. A  customer satisfaction  survey has also been designed. Finally in the last part, the market size trend of the coffee market of the United Kingdom has been taken into account and analysis has been conducted on the same. The competitor analysis of British Airways has been determined by carrying out a Porter’s 5 Forces Analysis and the opportunities and threats of (BA) have also been discussed. 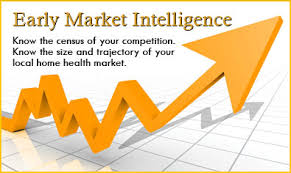 The Primary Market Research Techniques include:

The secondary market research techniques include:

2.2   Use sources of secondary data to achieve marketing research objectives

The level of satisfaction of Sainsbury Customers tends to be up and down at various intervals with trend showing that it was rather diminished in recent times up until 2016 when it attained pricing satisfaction among the consumers. The analysis is done with respect to events transpiring in the recent years and in 2016. In 2011, the budget supermarket stores of Aldi and Lidl ranked 2 and 3 respectively in terms of customer satisfaction survey as the four big supermarket giants of UK failed to register any impact or impression on the UK customers. Sainsbury slipped down to the 6th position in the survey rankings depicting a satisfaction percentage of a mere 57%. (Independent.co.uk, 2011)

The customer satisfaction levels in 2012 were high as Sainsbury became the first retailer in all of Europe to develop self-service checkouts at the stores applicable in all their super-markets. This provided the customers with the choice to self check out in the way they would like and it also meant that the queuing time of customers especially the ones with the smaller baskets was speeded up. Out of the 22 million customers in over 1000 stores that Sainsbury served in 2012, over 10 million people resorted to the facilities of the self service check-outs. This proves that the customers were satisfied with the new checking out means adopted by Sainsbury. (Caines, 2012) In 2015, Sainsbury responded to tough competition by adopting a tactical pricing strategy. They decided to incorporate a low-key marketing plan and decided to fix a strategy that related to a mid to low pricing strategy. Promotional materials were also aimed at being clear and concise. As a result the consumers provided feedback to Sainsbury stating that Sainsbury was now clearer about the information imparted through promotion and there was an increase in the price satisfaction scores of the consumers. (Joseph, 2015)

2.3   Assess the validity and reliability of market research findings (NB. This should be based on your secondary sources of data in task 2.2).

The secondary sources of data provided in the previous segment include the introduction of self check out systems, slipping down of Sainsbury in the customer satisfaction survey and adoption of a tactical pricing strategy. The validity and reliability can be determined by carefully assessing the cause and effects of these incidents or phenomenon. Sainsbury slipped down to number 6 in the list of supermarkets offering satisfaction to customers according to the survey conducted. The top 5 positions were held by Waitrose, Aldi, Lidl, Marks & Spencer and Morrisons with the satisfaction percentage of 83%, 72%, 68%, 67% and 60% respectively. The fact that Sainsbury with a percentage of 57% did not even make it to the top 5 suggests that the customers were not impressed or satisfied with the operations and facilities provided by Sainsbury. (Independent.co.uk, 2011)

The rising customer satisfaction levels in 2012 were associated with the adoption of innovative technology. Brand Match is one of the technologies that allow the price check of 14,000 goods that are branded against Asda and Tesco within a second. The Nectar Loyalty Programme is a significant source of competitive advantage and is UK’s largest loyalty programme and Sainsbury has around 11.5 million active card users. The Mobile Scan & Go technology allows customers to scan items while shopping on their i-phones or android mobiles and they can make their payments at the till without having to unload their trolleys. These are the instances of other types of technology that Sainsbury adopted along with self check out system. (Caines, 2012)

The tactical Pricing Strategy adopted in 2015 saw a favourable reaction among the customers of Sainsbury. This could be validated by tracking down the sales growth post the adoption of the strategy. The sales rose by 2.2% according to Kantar Worldpanel. The online grocery orders saw an increased growth rate of 15%. (Joseph, 2015)

2.4 Prepare a marketing research plan to obtain information in a given situation

The following aspects have to be analysed for the preparation of a marketing research plan in order to obtain information in a given situation.

The various techniques of assessing customer response are as follows.

Dear Customer: Serving you has been a privilege here at Sainsbury and we hope to serve you again soon. Kindly share your shopping experiences with us by filling up this form. We hope to be at your beck and call in the future. Thank You.

4.3 Review the success of a completed survey (NB, Your evaluation should be linked to your customer satisfaction survey in task 4.2)

The success of this completed survey has been determined by involving around 150 people who have taken the survey. The responses were carefully assessed and analysed and that helped in producing conclusions as to what the current state of affairs is in this particular Sainsbury Store.

Around half of the people, that is around 55% of people stated that they were satisfied with the services provided to them at the store. This means that the other half were not particularly impressed which means that a lot of work has to be done with regards to the training provided to the staff. The attention levels depicted by the staff hence exhibited a similar response with 50% of the people stating that they were attentive. The shortcomings of the staff were being nullified by the expert supervision of the senior staff. Around 70% of the people were satisfied with the services of the supervision team. This means there is enough adequacies in the training provided to the supervisors. People were concerned about the floor management. 80% of the people felt that the floor could be kept drier. This is the resultant of the wet footprints of people walking in to the store because of the on and off drizzle outside.  The store was built with enough room between rows and the survey hence displayed favourable results. 85% of the people thought that the space allotment was excellent but 90% said that the billing counter was cramped for space. On an average, the overall experience of customers based on the survey displayed ‘Good’, which meant there was room for improvement.

In the negative remarks, the majority of the negatives dealt with floor and aisle management and the efficiency of the staff. The positive remarks included the efficiency levels of the supervisors. The suggestions criteria mainly indicated increase in the allotment of space at the billing desk and also a pool of ways in which the floor could be effectively managed. Some customers took the opportunity to advise the housing of their favourite brands and there were also suggestions made on the unfavourable attitude and behaviour exhibited by majority of the working staff which means they either don’t enjoy their job role,  they are not adequately trained, they have taken their jobs for granted or they are just not good enough.

3.1 Carry out an assessment of market size trends within a selected market of your choice.

The selected market here is the ‘coffee market’ of the United Kingdom.

A massive 7.9 billion pounds were spent by Britons in coffee shops in 2015 which was 10% more than what it was in 2014. Total number of shops crossed over 20,000 in 2015 with Starbucks, Costa and Caffe Nero in control of over half of the branded market. Non specialist outlets are now close to 8000 in number now accounting for 39% of the market with branded shops accounting for 31% and 30% in favour of independent cafes. (Davidson, 2015)

The market of coffee shops in the UK is growing at a great pace and is slowly turning into a country of coffee connoisseurs. An estimated 2.2 billion cups of coffee consumed by coffee shop visitors per year. For the sixth time in as many years Costa was rated as the best coffee chains ahead of Starbucks and Caffe Nero. Coffee shops hold a huge deal of significance in the UK providing emphasis on the social vibrancy of the community and also providing employment opportunities and contributing to the economy. The branded coffee chain market registered a total turnover of 3.3 billion pounds with close to 6500 outlets, thus indicating a 12% outlet growth along with the delivery of sales with the growth of 15% as on 2016.  Costa Coffee, Starbucks and Caffe Nero continue to be the leading chain of restaurants accounting for around 50% of the market share of the branded chain. Costa Coffee alone added around 171 outlets in UK with a sales growth of 14% in the UK. (World Coffee Portal, 2016) According to the predictions of (Allegra), the coffee shop market will continue to grow and the number of outlets will exceed over 30,000 with an expected turnover of 15 billion pounds by the end of 2025. The regionalisation of the independent artisan segment has meant that strong artisan independents are expanding their small chains with considerable assistance from traditional investment and consumer funding after the success of the leading small chains like Grind & Co. & Taylor St. Baristas. Consumers continue to gain knowledge about coffee and the rate of brewing at home is at the rise with a range of third wave equipment like V60 and Chemex now available to 7% of consumers in comparison to the 2% in 2014.

3.2 Describe a plan and carry out a competitor analysis for one of the following organisations.

The competitor analysis of British Airways has been determined by the application of Porter’s 5 Forces.

3.3 Using the selected organisation above (3.2), evaluate the opportunities and threats for a given product or service (3.3)

The traditional method of the consumer purchase  decision making  process has been analysed. The main theories of buyer behaviour from the perspective of the market include that of the String Theory and the Weak Theory. How corporate image can lead to repeat purchase and eventually establish brand loyalty has been discussed in length. In the scenario dealing with the customer satisfaction levels of the customers of Sainsbury, the aspects of latest developments in technology like Brand Match and Nectar Loyalty Programme has been spoken about along with the drop in satisfaction levels of customers to number 6 in the survey list with Waitrose at number 1 as on 2011. The market size trend analysis of the coffee market of UK depicts an expenditure amount of 7.9 billion pounds by Britons on coffee shops in the year 2015. The competitors of BA in the short haul market are EasyJet, Ryanair and Virgin Atlantic and Emirates, Etihad, Qatar and Air France in the long run.