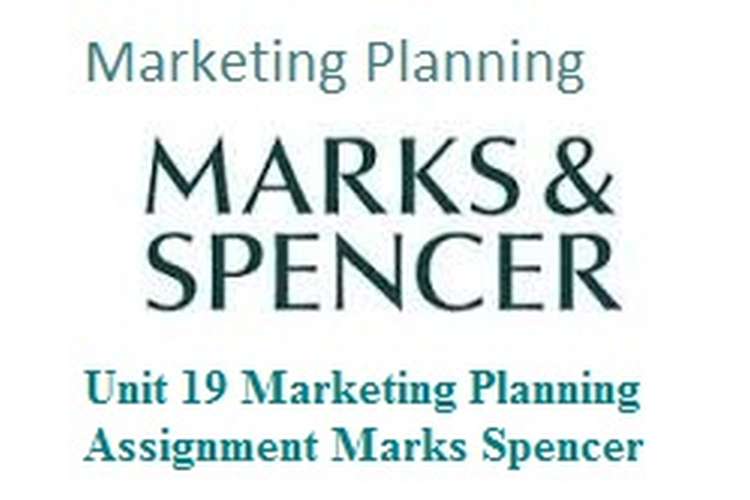 Strategic analysis of Marks and Spenser: 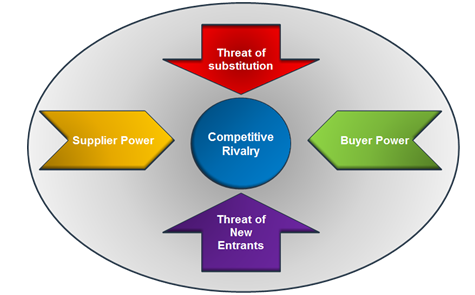 This model facilitates the organisation to analyze the competition prevailing in the industry for the same. It is a framework that provides the organisation with the knowledge of its position and standing in the industry in relation with the other companies from the same industry. It is not the analysis of the company but it is the analysis of the whole industry. This industrial analysis results in some of the threats to the company and these results can be used to formulate the strategies that can help the organisation to compete in the industry. This also determines the level of competition and hence allows the company to prioritize the issues and resolve them accordingly. Identification of the attractiveness of industry is also the element that has been majorly discussed through this model. Attractiveness of the industry refers to the opportunities available for the companies in that particular industry. (Islam, 2016)

Threat of substitute: A substitute in general refers to as alternative. In a product-based company, substitutes are the products that can replace other products of the same king. Suppose, if the prices of tea rises than people can easily shift to coffee. In this example, coffee is the replacement product for tea. This suggests that not only the organizations that manufacture the same kind of products but the organisations producing substitutes are also the threat for the companies. (Jeyarathnam, 2008)

Bargaining power of buyer: Bargaining refers to negotiation. Buyers can enjoy this power when they are in less number and suppliers are in high number. If there are some many suppliers for a product and buyers is less in accordance with the number of suppliers than buyers have the power to bargain on the prices as they have other choices.

The company was founded by two partners, Michael Marks and Thomas Spencer in 1884. It is a public limited company falls under the category of retail industry. Headquarters of the company is in London, UK and serves the customers worldwide. Today, it is one of the leading multinational retail stores in UK and other parts of the world. The company owns around 1382 stores all over the globe with 468 stores located at Eurasia and Middle East. M&S served the customers with many product lines including clothing, food products, home products etc. M&S offers its products to the customers in offline stores as well as at online sites.  As far as UK market is considered, M&S is one of the leading clothing brands for men and women. The biggest  business strategy  that has supported the company to build its image was Plan ‘A’. This plan focuses on meeting the requirements of social, ethical and environmental business commitments. (Corporate.marksandspencer.com, 2016)

PESTEL analysis allows the company to investigate the external non-controllable factors that have their impact o the business of the organisation. 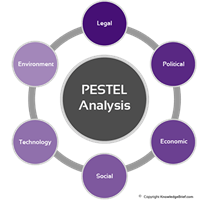 SWOT analysis of the company focuses on investigating the strength, weakness, opportunities and threats for the company. Identification of the above four elements determine the position of the business and helps the management to formulate the strategies in order to make improvements. 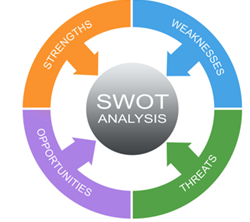 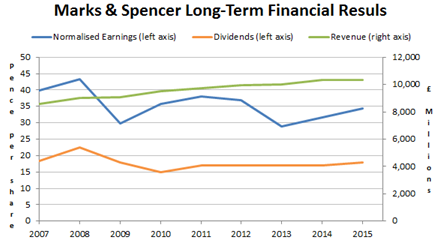 The above figure suggests that the company has stagnated and flat results in recent years. The figure signifies that the revenue of the company is slightly rising but dividend has no rise since many years.

The company has invested around pound 6bn into capital assets but the amount is very high in accordance with the amount this company has earned. This suggests that the retail industry is capital-intensive business and requires a large amount of working capital to be invested by the companies if they want to survive and grow. (Corporate.marksandspencer.com, 2016)

Industry life cycle of the company: 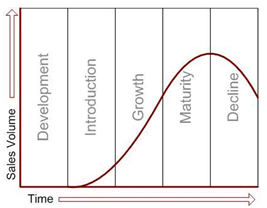 This figure shows the current phase of the company. This suggests that company has crossed its maturity stage and positioned at the declining stage due to high competition and saturated industry in retail market. Company has to come up with new strategies in order to rise in the industry.

Threat of new entrants: Threat of new entrants for M&S in low. This is because this industry is high capital intensive and requires large amount of capital to enter into this industry. Maturity of market, customer’s loyalty towards the brand and high investment act as the barriers for the entry of the new companies. George and Matalan are some of the brand that enter the market under the shade of ASDA and affects the loyalty of the customers towards M&S by providing products at low prices. On the other hand, ZARA, H&M and GAP are some of the brands that are affecting the clothing sector of the company.(ScubaRae, 2010)

Threat of competitors: This industry of retail stores is very much prone to competition. This is because this industry covers a large number of businesses under same roof. All the companies of different businesses like food chains, clothing stores etc act as the competitors for M&S. supermarkets such as Sainsbury and Tesco and clothing chains such as ZARA, H&M, John Lewis brings the competition for M&S.Porter suggests that companies have to achieve the competitive advantage by opting for low cost, differentiation and hybrid practices. M&S opted for differentiation by providing the customers with the quality and value products. Afterwards, M&S tries to come up with the new approach of “all things to all people”. Some of the online shopping stores and catalogue shopping has also acted as the competitors for M&S.

Threat of substitutes: Threat of substitute is very high as clothing and food products can easily be imitated by any of the manufacturers. The decline in the sales of the M&S clothing is due to the collaboration of the competitors with the foreign importers that provide products at cheap rates and hence the competitors imitate the designs and sell it at lower prices than M&S. Change in the customer preferences from quality to low prices has also been threat for M&S business. Customers might prefer to buy the things with similar labels with lower prices. (Jeyarathnam, 2008)

Bargaining power of buyer: In the industry of retail stores, bargaining power of the customers is very high. This is because this industry is saturated. M&S have to opt for the low cost approach because of the strategies of its competitors who are providing same kind of products at very competitive prices. To sustain in the industry and to compete with the competitors in terms of value sales, companies have to handover the power of bargaining in the hands of customers. The switching cost of the products in this industry is also very low and the customers are available with many choices at low prices, so they can easily move to the different brand. (Lynch and Lynch, 2008)

After analyzing all the factors and aspects of the Marks and Spencer, it has been observed that the company is at its declining stage after attaining the maturity. This is the alarming state and M&S needs to wake up work according to the industry.

M&S is one of the leading retailer brands in UK. The company was founded by two partners, Michael Marks and Thomas Spencer in 1884. It is a public limited company falls under the category of retail industry. Headquarters of the company is in London, UK and serves the customers worldwide. The strategic analysis of the company suggests that M&S is at alarming stage of declining and needs to implement some of the changes in order to gain that brand value back. Company is facing high competition with the brands like ASDA, Sainsbury etc. many economical and political issues have been affecting the company’s business. Recession during 2008 has lead to decline in the sales of the clothing sector of the company. The company was the biggest clothing store at times has now shifted at third position in UK after the competitors ASDA and Primark. Some of the actions like introducing bank accounts for the customers have been observed as the good practice and praised by analysts. It has been recommended to the company to revise its plan A of sustainable business and to come up with the new strategies to get back that brand value and to sustain in this competitive industry. (Lynch and Lynch, 2008)